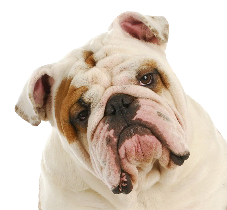 As a Bulldog Addict, I talk a lot about my Fur Bully Babies. And a lot of times I get the question: But why Bulldogs? What is it that makes the Bulldog so special?

First of all, I have to state I love all animals and all dogs, but the Bulldog has a special place in my heart. Why? Well I’m gonna try to explain although I have to state in advance, the only way to truly understand a Bulldog Addict, is to become one yourself.

You have to own one to understand it. Let me rephrase that last sentence; you have to care for a Bulldog to understand the Bulldog Love. No one really owns a Bulldog  ☺ That’s one of the reasons I Love them so much.

Bulldogs are not just remarkable dogs in appearance; they also have an even more striking character. The Bulldogs’ character can be described as friendly, social, calm, balanced, compassionate, stubborn, cuddly, outgoing, proud and persevering. I personally believe that their friendly and peaceful nature largely determines their character.

The Bulldog’s character is what makes them so unique. You could almost say that Bulldogs have a soothing and calming effect on their owners. A nice detail is that many of those owners have a fast or hectic life and find peace and relaxation with their Bulldogs.

For example, the high-speed motor racer, Valentino Rossi, is a big Bulldog fan and owner!  A perfect example of two extremes matching perfectly together. For more information about famous Bulldog owners I refer you to the topic: Famous Bulldogs.

Another example showing the relaxed attitude of a Bulldog is that a Bulldog is a rare barker will almost never use his voice to clarify disputes. I often refer to Bulldogs as the Rasta among Dogs, they have a feel good mentality and if not today then tomorrow.

Although it is a misconception that Bulldogs are Lazy and low energy dogs, Bulldogs do love to chill and relax. Laid back, would still be an understatement for the Bulldog. Have a crazy and stressful life and want to chill out? Get a Bulldog.

All dogs are social animals by nature, but the Bulldog takes this to a whole new level. The Bulldog is and wants to be everyone’s friend, no matter if you are human or animal, the Bulldog will try to socialize with you. Although they might look tough they are all softy inside and are not afraid to show and share it. I have seen Bulldogs become friends with guinea pigs, rabbits, sheep and other farm animals.

The Energy of a Bulldog

A statement often heard is that Bulldogs are lazy dogs.  Their characteristics, like their calm and relaxed nature, are often mistaken for laziness or a lack of energy.

These are false accusations; Bulldogs just use their energy very thoughtfully.
If Bulldogs feel like it, the will go for the full 100% energy explosion and when they do, they are one big ball of energy. The Bulldog is certainly not a lazy dog. A Bulldog has to see the purpose of his energy use and does not see much reason to hurry itself.

With the false idea of a lazy bulldog, a lot of owners get an English Bulldog for the wrong reasons. They think the Bulldog does not need/and doesn’t like to walk. This is just an excuse for lazy dog owners. When the Bulldog only walks a few minutes a day outside, not getting enough exercise and getting overweight, it creates a dog that is both physically and mentally in an unhealthy situation.

The Bulldog is extremely devoted and loyal to it’s Family. A Bulldog is happy when it’s with his Family it loves to get affection and be around the daily activities. You can have all the toys in the world, acres of playground and plenty of exercise but a Bulldog without it’s Family is an unhappy dog.

The Bulldog is the ideal companion, always happy to see you and he is happy when you are happy. Try doing a work out on the floor, bring in groceries, take a nap on the couch or do chores around the house, .. you will never have to those things alone again. A Bulldog wants to engage in your activities and wants to be a part of it all.

The Intelligence of a Bulldog

Due to the earlier mentioned characteristics, Bulldogs are often underestimated in terms of intelligence. Bulldogs need to see the purpose of an action.
They will follow commands … but in bulldog pace  (so it might take a little longer). This does not mean that Bulldogs are unintelligent dogs. There are several Bulldogs that made it to the highest level in obedience training and also have achieved these goals in agility competitions.

At least once a day Bulldogs have what I call ‘Crazy Time’ sometimes also referred to as ‘The Zoomies’. The best way to describe this is your Bulldog will have fun in goin’ crazy.

This can be done in several ways.. .
some video examples will explain 😀

The Bulldog and Routine

Bulldogs are dogs who are very committed to routine and structure in their daily life. Bulldogs often get upset when they deviate from their daily routine. For example, my mother’s Bulldog, Teun, walked the same route through the park every day. When my mother needed to post a letter and had to deviate from the usual route, Teun would not move and would look in the direction he would normally walk. It is simply what he was used to.

Most Bulldogs are not that fond of change. This is true of even the smallest changes such as moving furniture in the house. This is why it is very important in the upbringing of Bulldogs to let them get used to changes.  Let your Bulldog gain as much experience as possible in an early stage by letting them get used to public transport, sleeping in different places, walking various routes and so on. This way, you can ensure that Bulldogs can easily adapt in different situations. For more information on Dog  Training click here

The Bulldog might look tough in appearance but in reality is not tough at all. Bulldogs are very emotional dogs. They easily pick up on human vibes and emotions. They are easily scared and can be real wimps. A lot of people label the Bulldog as stubborn, but in my personal opinion, they are not stubborn but they do have a strong will. A Bulldog has to see the purpose of an action or following a command if not it will refuse.

Bulldogs are real thinkers.
You don’t give commands to a Bulldog
You come to agreements with them 😀

A strong character has a strong voice, and so it is. It is one more thing that makes the Bulldog special, their Sound. Although a Bulldog will rarely bark they do know how to talk. They have their own language which sounds hilarious.

More in the Compilation of funny Bully Talk videos

Bulldogs are forever Babies, yes they grow up but on the inside a Bulldog will keep those childlike features forever. They will stay untroubled, keep exploring and want to be Daddy’s or Mommy’s little Baby Bull forever. They also tend to keep up the childish behaviour of having Tantrums by the way 😀

For me, the English Bulldog is THE dog.
No words can describe the connection I feel with these dogs.
They are truly one of a kind
♥