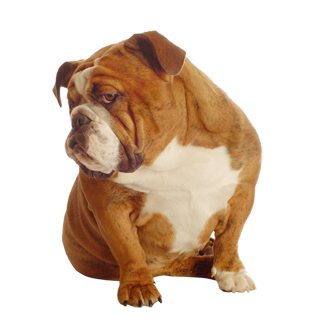 As a Bulldog Addict, I talk a lot about my Fur Bully Babies. And a lot of times I get the question: but why Bulldogs? What is it that makes the Bulldog so special? First of all, I have to state I love all animals and all dogs, but the Bulldog has a special place in my heart. Why?

Well I’m gonna try to explain allthough I have to state in advance, the only way to truly understand a Bulldog Addict, is to become one yourself. You have to own one to understand it. Let me rephrase that last sentence; you have to care for a Bulldog to understand the Bulldog love. No one really owns a Bulldog 😉 That’s one of the reasons I love them so much. Here are some more reasons I think the Bulldog breed is so special.

Social Dog
All dogs are social animals by nature, but the Bulldog takes this to a whole new level. The Bulldog is and wants to be everyone’s friend, no matter if you are human or animal, the Bulldog will try to socialize with you. Allthough they might look tough they are all softy inside and are not afraid to show and share it. I have seen Bulldogs become friends with guinea pigs, rabbits, sheep and other farm animals.

Devotion and Loyalty
The Bulldog is extremely devoted and loyal to it’s Family. A Bulldog is happy when it’s with his Family it loves to get affection and be around the daily activities. You can have all the toys in the world, acres of playground and plenty of excersize but a Bulldog without it’s Family is an unhappy dog.

The Bulldog is the ideal companion, always happy to see you and he is happy when you are happy. Try doing a work out on the floor, bring in groceries, take a nap on the couch or do chores around the house, .. you will never have to those things alone again. A Bulldog wants to encage in your activities and wants to be a part of it all.

Crazy Time
At least once a day Bulldogs have what I call ‘Crazy Time’ sometimes also referred to as ‘Zoomies’. With James and Bean it is clockwork, after their ‘after dinnernap’ it’s Crazy Time 😀 The best way to describe this is your Bulldog will have fun in goin’ crazy.

This can be done in several ways.. James will usually grab his blanket, throws it on its own head and will roll around, so I will have a little ghost barking and rolling around my living room and Bean usually does sprints and jumps on and off the couch and running and jumping around with her butt low like a crazy high energy bunny. Some video examples of Bulldog and their ‘Crazy Times’.

James goin’ Nuts with his Blanket

Wait for the Hilarious ending 😉

Face and Expression
Bulldogs have such a Beautiful face. Their characteristic and distinguished faces really gives them the most diverse and cute facial expressions. Their loving eyes, those wrinkles and floppy cheeks, it is all part of the Bulldog charme.

It is no coincidence that Bulldogs are frequenly used as mascottes, in commercials etc., the Bulldog’s Face speaks to everyone and says it all.

Laid back and Relaxed
Allthough it is a misconception that Bulldogs are Lazy and low energy dogs, Bulldogs do love to chill and relax. Laid back, would still be an understatement for the Bulldog. Have a crazy and stressful life and want to chill out? Get a Bulldog.

Emotional Philosophers
The Bulldog might look tough in appearance but in reality is not tough at all. Bulldogs are very emotional dogs. They easily pick up on human vibes and emotions. They are easily scared and can be real wimps. A lot of people label the Bulldog as stubborn, but in my personal opinion, they are not stubborn but they do have a strong will. A Bulldog has to see the purpose of an action or following a command if not it will refuse.

Bulldogs are real thinkers. You don’t give commands to a Bulldog you come to agreements with them 😉

The Bulldog Sound
One more thing that makes the Bulldog special is their Sound. Allthough a Bulldog will rarely bark they do know how to talk. They have their own language which sounds hilarious. To understand it you have to watch, listen and learn: Bully Talk

Forever Babies
Bulldogs are forever Babies, yes they grow up but on the inside a Bulldog will keep those childlike features forever. They will stay untroubled, keep exploring and want to be Daddy’s or Mommy’s little Baby Bull forever. They also tend to keep up the childish behaviour of having Tantrums by the way 😉

For me, the English Bulldog is THE dog. No words can describe the connection I feel with these dogs. They are truly one of a kind.
♥

16 thoughts on “What makes the Bulldog so Special?”